(b. 1818 – d. 1891) One of 16 children, William Howeth was born in Tennessee, and, with his parents and other family members, was a true pioneer, moving to The Republic of Texas when he was young. They were among the first settlers of Cooke County, and William served in the Texas Reserve Corps. Five members of the Howeth family were killed in a tornado in 1854, and William’s father, Thomas, donated the land for the first cemetery in Cooke County, and Howeths were the first persons buried there. William became a deputy land surveyor for the State of Texas, a charter member of the First Methodist Church, a Mason, and he established the real estate and abstract company, W. W. Howeth, in 1869. 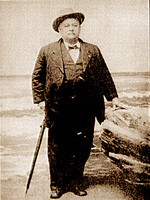 (b. 1847 – d. 1913) At 14 years old, W. W. served in the Home Guards of Texas Calvary. A land surveyor like his father before him, he became a partner in the abstract company. He also farmed extensively and raised livestock. He organized the first savings and loan company in Gainesville, and he was elected mayor, too. 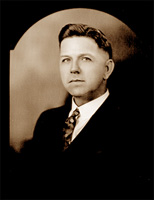 (b. 1887 – d. 1975) When Jack was a toddler, he had a bad cold settle in his ears, which it is believed, caused him to be nearly deaf for the rest of his life. He grew up working on the family farm and helping his dad with surveying and the abstract business, teaching himself to type. Despite his deafness, he attended college at Texas A & M for two years. His brother, Grady, was attending law school at the University of Texas, and when their dad, W. W. Howeth, needed help with his business operation, the decision was made for Grady to continue his education and for Jack to come home and run the business. He served as Mayor Pro Tem of Gainesville at one time, was on the city council, a lodge member, active in the Methodist Church and was church treasurer. 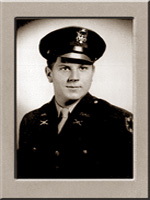 Don wanted to join the military when he was a teenager, but his father, Jack Howeth, thought it wiser for him to continue his education after high school, so Don attended Texas A & M. Then, while in college, he was drafted by the U.S. Army.He attended boot camp in the 3rd Battalion, 18th Field Artillery Unit, Mule Pack Artillery Training in Fort Sill, OK during World War II, and afterward served in Italy.Â Pack artillery is made up of weapons which are light enough to be transported by mules usually, weapons like 75mm howitzers. Rudyard Kipling on pack/mountain artillery:

“They send us along where the roads are, but mostly we goes
where they ain’t:
We’d climb up the side of a sign-board an’ trust to
the stick o’ the paint…
An’ a drop into nothin’ beneath you as straight as a
beggar can spit.” 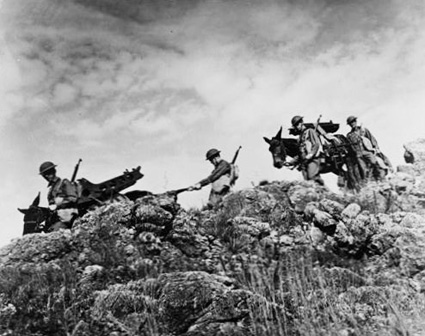 Don eventually went back to school graduated in 1946 from Texas A & M with a Bachelor of Science degree in agricultural engineering. Don says, I never aspired to be a leader I was glad to serve. A true patriot, in 1952, Don joined the U.S. Navy during the Korean conflict and served on a mine sweeper. In 1956, Don left the service and worked for Texaco outside of Long Beach, CA. But, Don said, I always knew where my destiny was. so he came back to his roots in Gainesville, Texas to run the abstract business full time. He served 2 terms on the school board, 1 term on the college board, was president of the local United Way, and was on the board of the Chamber of Commerce. He is a Mason, and an avid golfer.

The men of the Howeth Family these “founding fathers” of Gainesville Texas have been leaders in the Gainesville Texas and Cooke County area for over 145 years. Their company Howeth Title was founded on the highest principles of doing business and continues that tradition to this day. The people at howeth title are there to provide quality title search assistance in the Gaineville Tx. location from the best state of the art title plant availale in Cooke county.

Howeth Title Company is the oldest (in operation since 1869), most experienced, longest operating title company / title agency in Cooke County in North Texas in the city of Gainesville Texas. Representing more underwriters than any of our competitors with a staff of well trained knowledgeable staff. We not only handle commercial and residential property our title abstract department is open to both oil and gas researchers and land men. Whether you are from Gainesville Tx. or Cooke County Texas or thinking about moving into the area, we are the title company who can help you. Who do you really want handling your title needs? 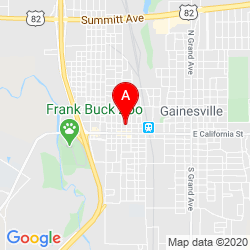